Biofuel industry develops fast due to a series of factors, such as price rising of oil and natural gas, demand for energy sustainability, etc. Thus people tend to make full use of biomass pellets made from wood wastes, agricultural residues, and from energy crops, switchgrass pellet is one important biomass fuel of them.

Switchgrass (or Panicum virgatum), one kind of energy crops, grows in Canada, America and Mexico in large scale.
It is a herbaceous crop and does not have to be replanted every year. Switchgrass has a high pest resistance and is tolerant to flood and drought. As a kind of native plant to North America, it is fast growing and can usually be harvested a few times per year. It can grow in drought or very wet conditions and requires minimal fertility and management. It has moderate to high yields and produce 40% more net energy gain per acre than corn. Besides, it is classified as renewable energy source with zero carbon emissions.

It is helpful to increase the content of organic matter in soil and conserve water and soil, turning the land into a productive area. So it is used to improve the conditions of soil. Besides, it can be used to refine cellulosic ethanol, which is conducive to reducing carbon emission. Or it can be burned directly to take the place of coal. In addition, it is also good feed for cattle, but poisonous for horse, sheep and goat. It can be used for making:

The process of converting switchgrass into pellets shall go through several steps.

First, the materials should be baled. And then they should be unloaded for breaking by breaker. Next step is fine grinding by hammer mill, so that the materials can be reduced to suitable sizes in preparation the following steps. Later they shall be dried, and then pelletized. Switchgrass pellets are formed. But they still should go though the following steps, i.e. cooling, storing, screening, and bagging step by step. Thus the switchgrass pellets can be delivered to the market for residential or industrial use. 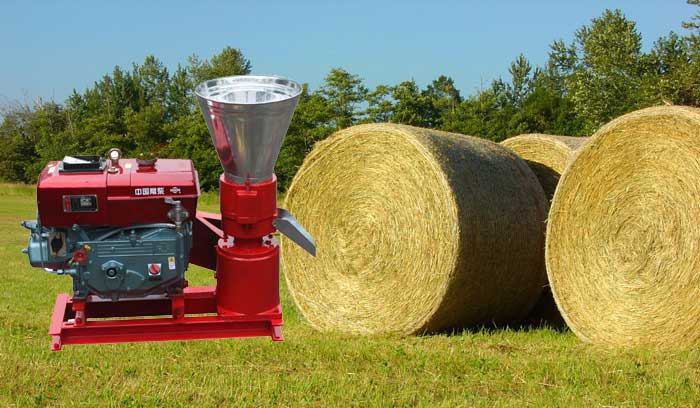 Benefits of The Pellets

People can save money, reduce petroleum use, and cut greenhouse gas production by using homegrown feedstocks like switchgrass for producing heat. The details are shown as below.

2.Adopting pellets instead of fuel oil in home heating system would also save money.
Totaling all costs associated with installing an appropriate residential heating system, the heat produced using switchgrass pellets would cost less than that by using fuel oil to produce the same amount of heat. The savings would be also less in a commercial facility, as well. 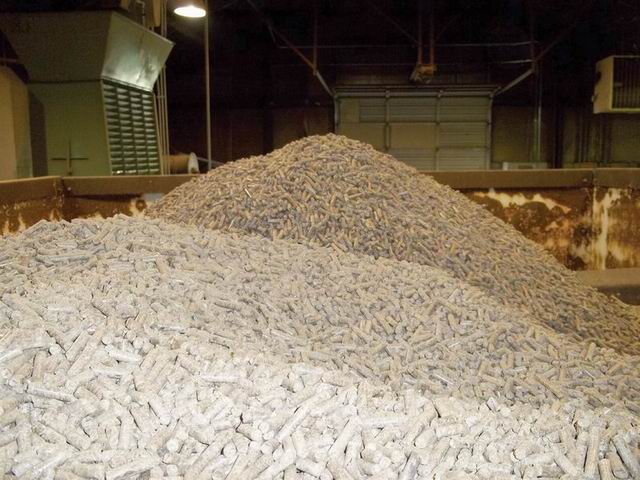 Switchgrass can be densified into biomass pellets for use in coal fired electrical plants, industrial boilers, and cellulosic biomass pellet stoves. The greenhouse gas emissions from switchgrass pellets are up to 90% lower than those from petroleum-based fuels, and the amount of carbon dioxide released into the air by the combustion of the pellets is reclaimed in the process of switchgrass production.

To make the pellets, Switchgrass is first harvested in late fall with conventional haying equipment. The grass biomass is then chopped and ground by special equipment and run through a pellet press, which will remove air and tightly compress the grass particles. The extruded pellets are then cut into smaller pieces for easy handling. For home heating use, switchgrass pellets require special grass pellet stoves because their burn qualities are different from wood and cannot be burned in conventional wood pellet stoves.

To densify grasses, individual or groups of farmers will need to establish their own pelleting or briquetting factories. In some localities existing alfalfa or wood pellet plants can be utilized.

In the U.S. and Canada

Switchgrass grows naturally and in different environments like cold northern and warm southern areas. It is relatively productive on medium to lower fertility soils, compared to most annual field crops. Maximum production is first attained during the third growing season.

It is a perennial grass that is native to North America (i.e. Canada, the United States and Mexico). It is also a natural component of the tall grass prairie that covered most of the Great Plains, as well as the south and eastern United States.
Since the U.S. and Canada are the main switchgrass producers, there exists great potential of utilizing these switchgrass biomass and making them into pellet fuel for residents and businessmen there.